Take 15% Off Lights, Indoor and Outdoor Decor Use Code: LIGHTS22 Plus Free Shipping On Orders of $99+ Click HERE for Details

(No reviews yet) Write a Review 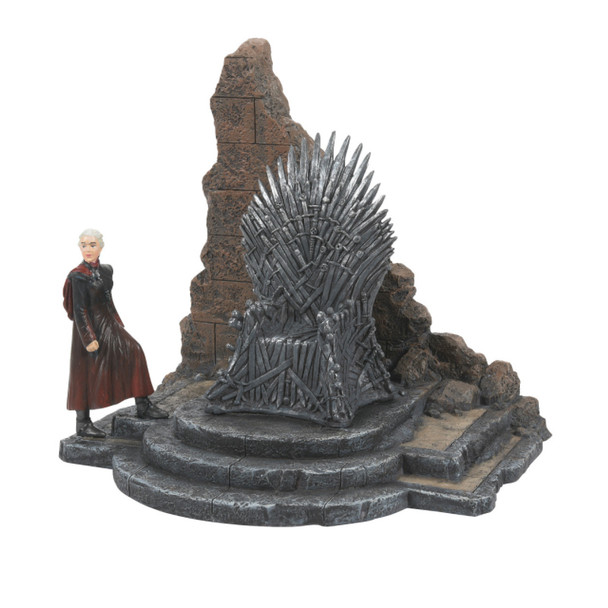 Daenerys Stormborn of the House Targaryen, the First of Her Name, The Unburnt, Queen of the Andals, the Rhoynar and the First Men, Queen of Meereen, Khaleesi of the Great Grass Sea, Protector of the Realm, Lady Regent of the Seven Kingdoms, Breaker of Chains and Mother of Dragons- Dany or Khaleesi for short- was born during the bitter end of her family's reign over the Seven Kingdoms. Dany is married off to Khal Drogo and given three dragon eggs and discovers her true destiny setting herself off on an adventure to reclaim her true place. This figure features Dany in her battle robes and long blonde braids in the Great Hall of the Red Keep stepping up to her rightful place on the Iron Throne after King 's Landing had war brought into it's walls. Introduced April 2021. Made by Department 56. Made of resin. Dimensions: 1 in H x 1 in W x 1 in L. Item #: 6009720

MSRP: $95.00
Now: $69.00
$95.00
NEW for 2021 Drogon is the largest and most aggressive of Daenerys Targaryen's three dragons given to her at her wedding to Khal Drogo, whom the dragon is named after. This f
InStock

MSRP: $95.00
Now: $69.00
$95.00
NEW for 2021 Drogon is the largest and most aggressive of Daenerys Targaryen's three dragons given to her at her wedding to Khal Drogo, whom the dragon is named after. This figure features...
InStock

MSRP:
Now: $144.00
If you could play Quidditch, which position would you play? Chaser? Beater? Keeper? Or perhaps you're a Seeker?? No matter if you like to play or spectate, this is such a popular game in...
InStock

MSRP:
Now: $360.00
Beware to all who enter! You may never leave this spooky manor! This spooky recreation of Disney's Haunted Mansion is the perfect Halloween decoration! It features the immaculate mansion...
InStock

MSRP:
Now: $348.00
Who ya gonna call?! GHOSTBUSTERS! Nah, nah, nuh nana! This is a MUST HAVE for your Halloween village this year! It features staple characters and pieces from the beloved classic movie! This set...
InStock

MSRP:
Now: $180.00
NEW for 2021 If you don't stop by Honeydukes when visiting Hogsmeade....Did you even go to Hogsmeade?! This sweet shop is a staple in any Harry Potter village! It features a stone building...
InStock